Back
About Nya Rampen 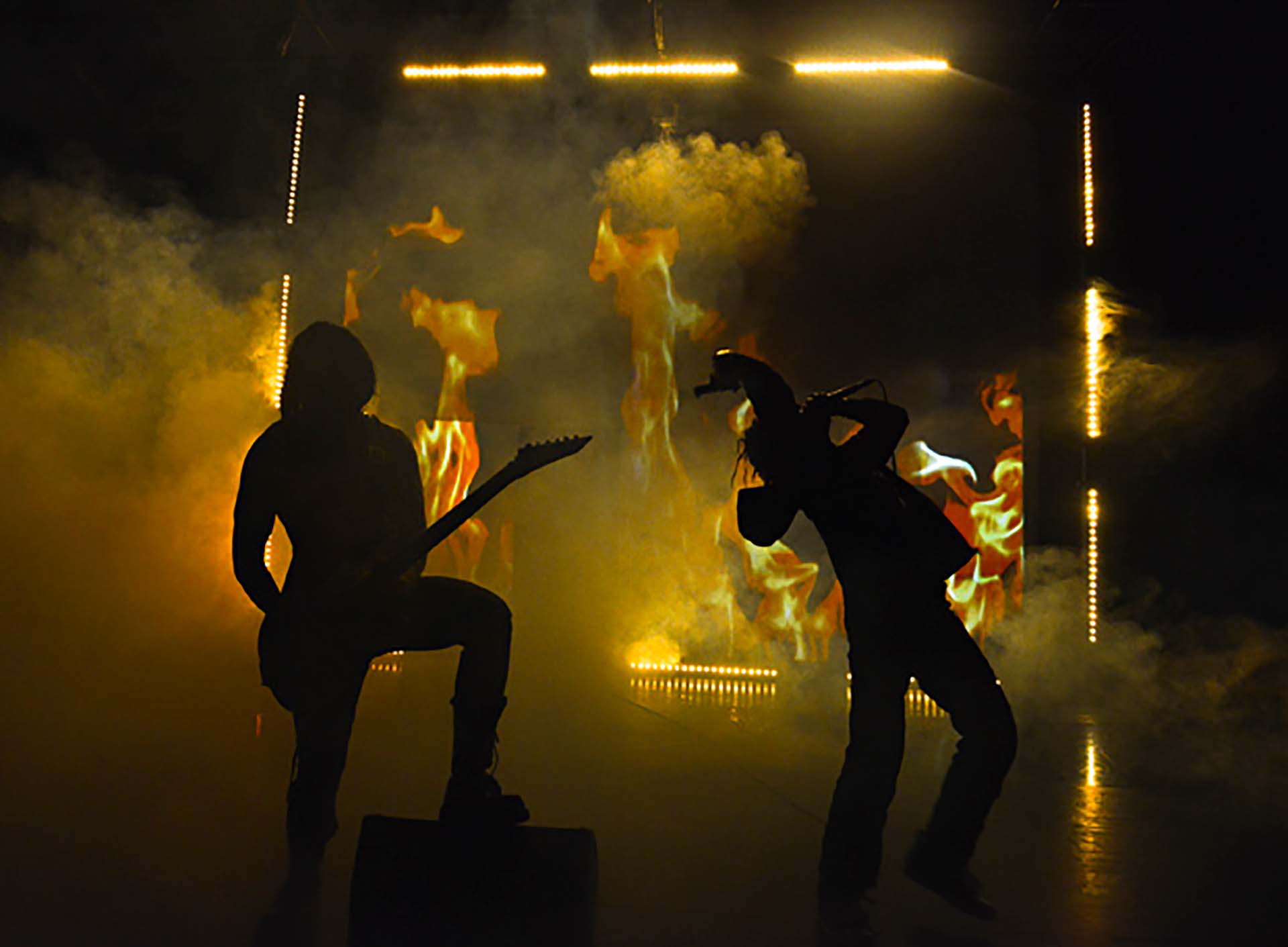 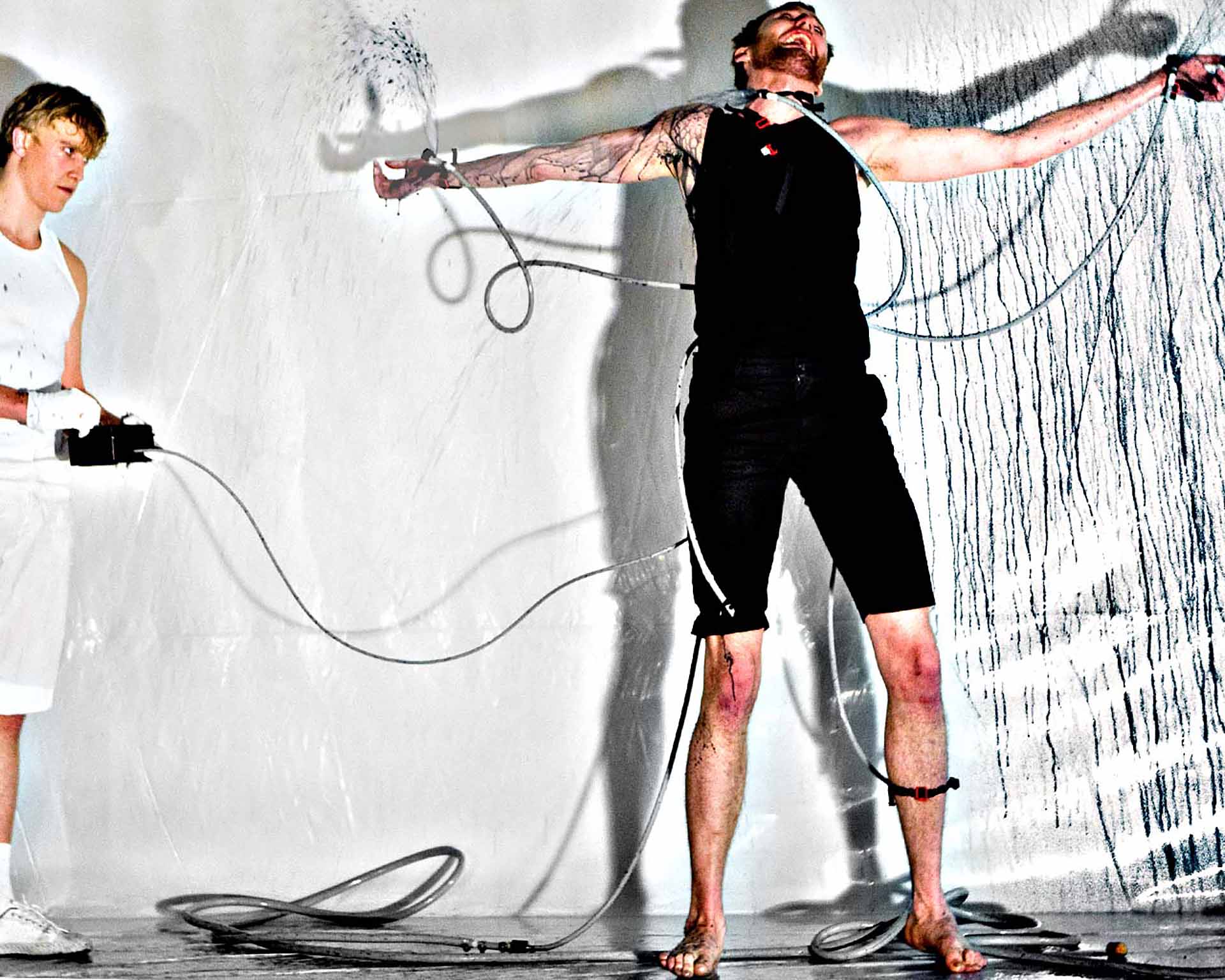 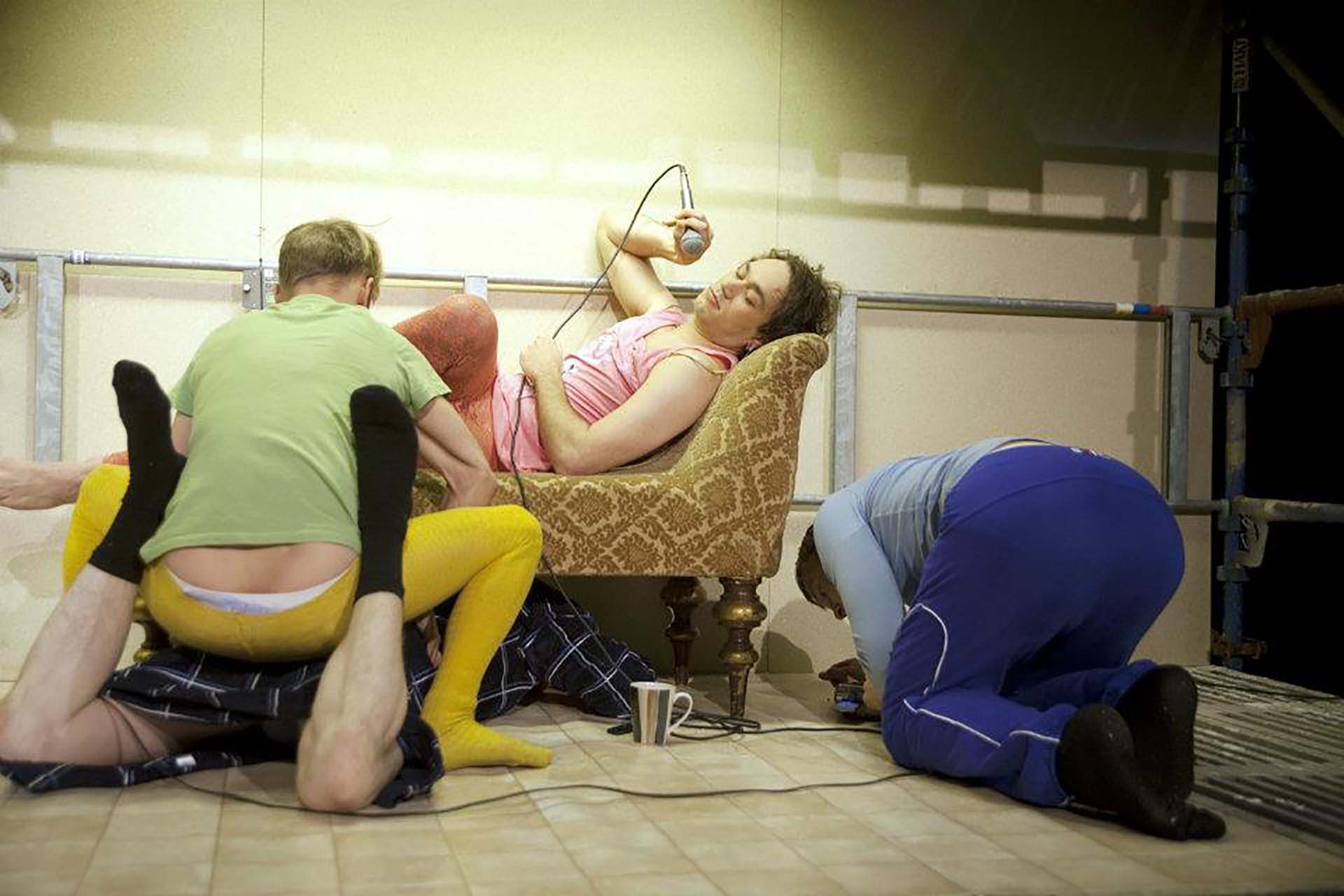 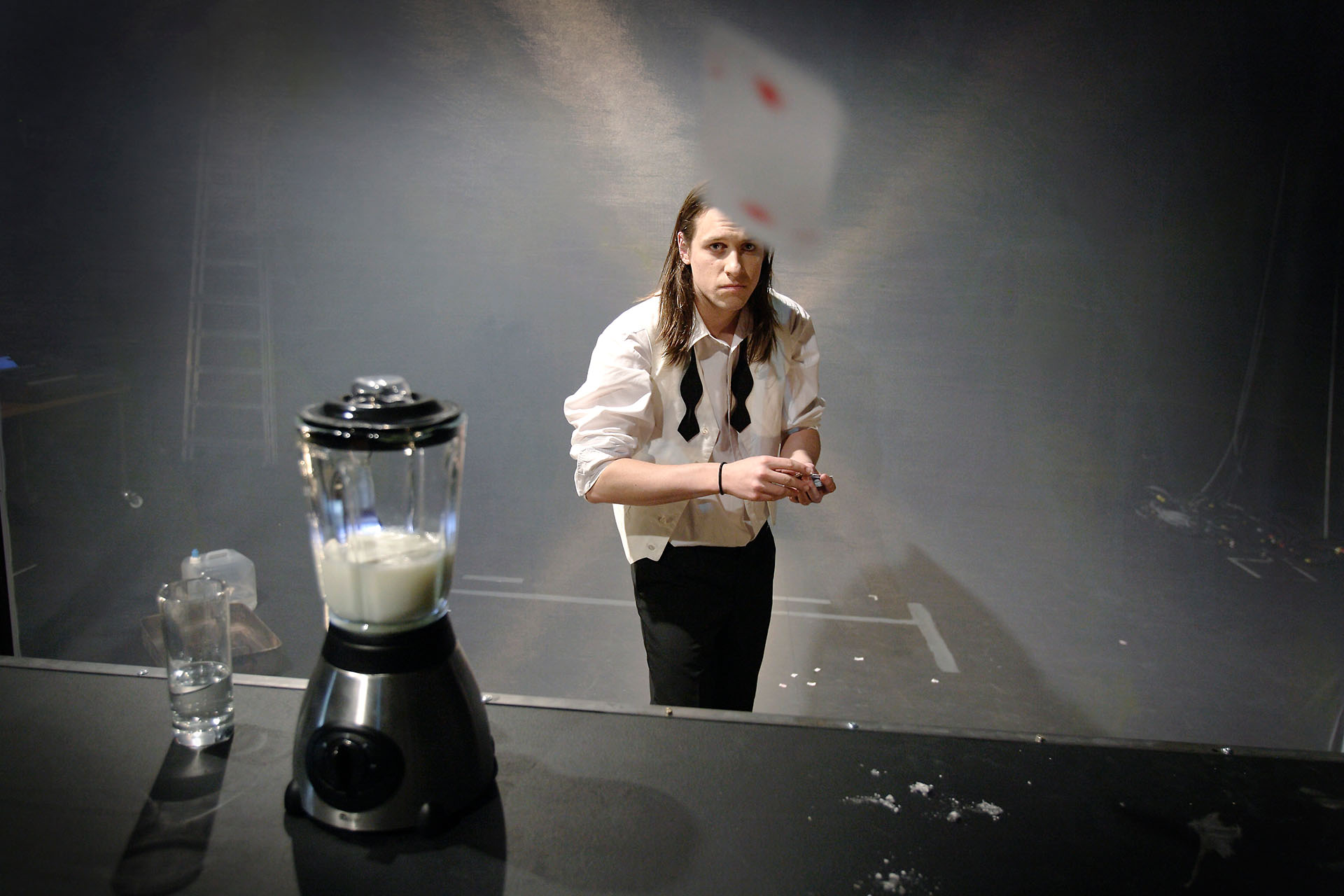 Nya Rampen was founded in 2000 as an association gathering young people interested in theatre. The theatre’s first production was Hamlet, directed by Seija Metsärinne, in 2000. A couple years later, the youth theatre had its second premiere, this time Momo by Michael Ende.
In 2003 Elmer Bäck, Rasmus Slätis and Jakob Öhrman starred in the play Alla Vet, and this trio would later turn Nya Rampen into a professional theatre that would gain national and international recognition. Newly graduated from Uniarts Theatre Academy in 2007, Bäck, Slätis and Öhrman starred in the play Best of Dallas at Teater Terrier in Malmö, Sweden, the same year. Best of Dallas ignited an intense artistic collaboration with actor/director Anders Carlsson and composer Andreas Catjar from Teater Terrier (later Institutet) as well as artist/director Markus Öhrn, a collaboration which would flare up a couple of years later.
In 2008-2009, Nya Rampen collaborated with Wasa Teater and Teater Viirus, resulting in the productions Hamlet, Sedan Det, Undantaget and Finland/Svensk?. Undantaget, directed by Kristina Kjeldsberg, had guest performances in Malmö, Gothenburg and Oslo, and was invited to Tampere Theatre Festival and Theaterszene Europa in Cologne. The collaboration between Nya Rampen, Institutet and Markus Öhrn continued with the performance Conte d’Amour, which premiered at Ballhaus Ost in Berlin in May 2010.
In 2011, Nya Rampen took part of the Nordwind Festival in Berlin and Hamburg with the performance Worship! directed by Jakob Öhrman.
The same year the co-production with Institutet and Markus Öhrn, Conte d’Amour, won the first prize at Impulse Theaterfestival. With Conte d’Amour and its successors - the performances We love Africa and Africa loves us (2012) and Bis zum Tod (2014) - Nya Rampen toured renowned festivals throughout Europe and Canada, until 2016. The trilogy-era was completed with the three productions combined to a single piece, making up a durational performace of eleven hours, presented as such at Inkonst in Malmö, Théâtre de Gennevilliers in Paris and Nowy Teatr in Warsaw.Alongside the works of Nya Rampen, Bäck, Slätis and Öhrman were engaged in the performances Memento Mori (2013) and Actrice (2017) by French playwright and director Pascal Rambert. The performances were presented in Paris, with tours and guest performances in France, Italy, Russia and Holland.

As from 2018, Nya Rampen also produce workshops for educational and non-profit organisations. The Weltoffen Initiative, facilitated and produced by Slätis, has since 2018 connected theatre students from Uniarts Helsinki’s Theatre Academy and Ernst Busch Hochschule für Schauspielkunst in Berlin.
2020 - 2021, together with choreographer Karolina Ginman, Slätis is leading Inspire / Conspire / Expire, a project for people with disabilities working at Fyrens work centre in Hanko, Finland.

Since 2021 Nya Rampen is again based in Helsinki, with (international) collaborations still being the focal point of its upcoming productions. Nya Rampen is a small and agile theatre group driven by unconditional trust in both arts’ intrinsic value and performing arts’ societal relevancy.